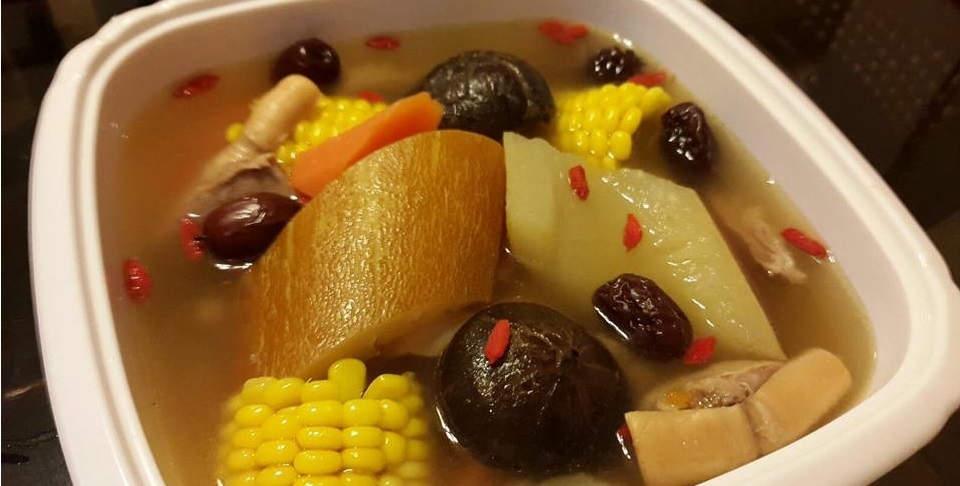 Old Cucumber Soup (老黄瓜汤) is a mainstay in many Cantonese families, and in a very simple words – everyone can cook this dish but the tastes might be differ from one an another.

This soup is very popular due to its many touted health benefits, particularly its cooling properties to lower ‘heatiness’ in the body, and some even say it has anti-ageing benefits as well!

The trade to cook this is is simple, as you may need to do – is to prepare all the ingredients, toss it into the pot (except for red dates and wolf berries, which you add later), and let the soup simmer for 2 hours. Easy as pie!

What shall i do if – the soup too oily ?

Well, there are a few methods to remove the oil.

1. The traditional method is that you can leave it in the fridge until the fat coagulates on top, then remove the fat layer. But do bear in mind this requires you to cook the soup 1 day before.

2. I use my oil separator (also known as a fat separator) to remove the oil. Its a large beaker with a long spout that allows you to pour the soup out from the spout, leaving a floating layer of oil behind.