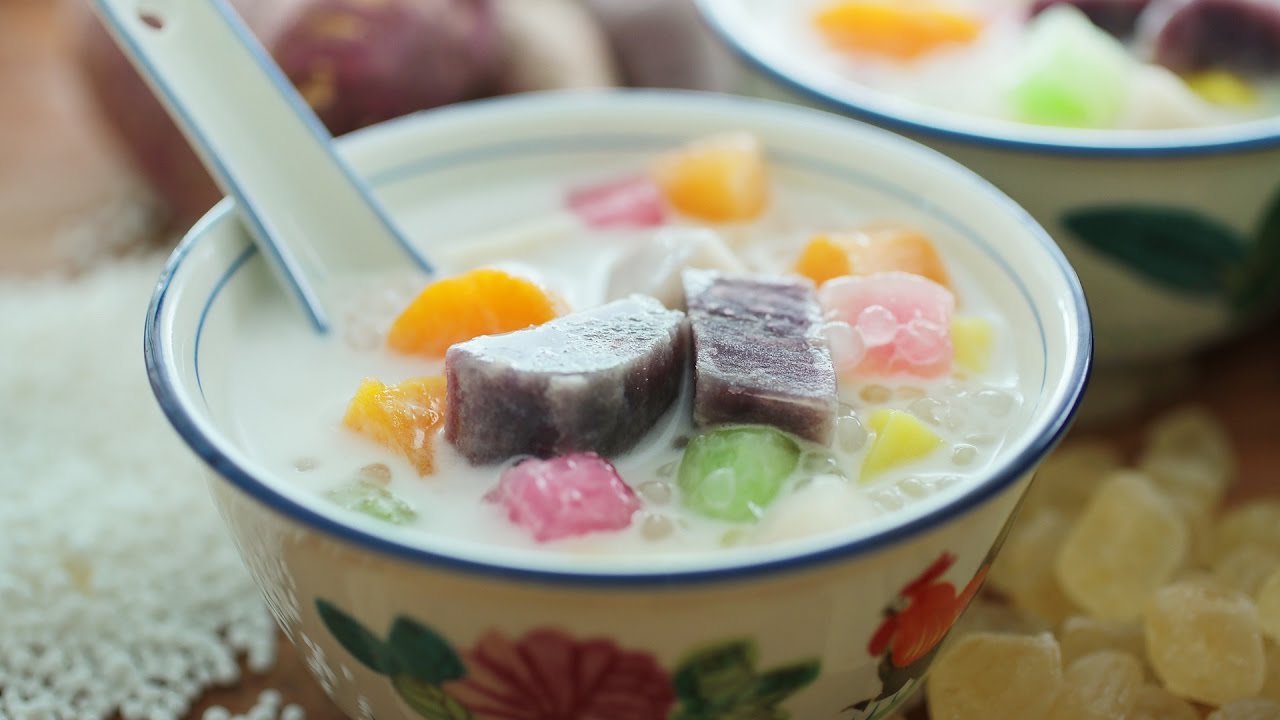 ‘Bubur cha-cha’ is a coconut milk dessert which commonly contains sweet potatoes and taro. In Malaysia and Singapore, bubur cha-cha is usually served as a dessert or sometimes for supper. This is one of the more popular Nyonya/Peranakan desserts which is colorful yet delicious. This sweetened coconut milk dessert is served throughout the day as a dessert, snack or even supper. Commonly found sold by street vendors in Penang, bubur cha cha is a big favorite among locals. Similar to the cha cha dance, this coconut milk dessert is fun especially with the variety of ingredients and colors it contains.

Tips to prepare tapioca jellies
It may be not that easy to make these tapioca jellies. They look really pretty, like stained glass. Many commented that they did not turn out too well. The trick to preparing the jellies is to use really hot water, that is the water has to be boiling!

Cooking sago
As for cooking the sago, ensure that enough of water is used to prevent them from sticking together. The ratio of water to sago should be 10 to 1. Sago should only be added into boiling water. Adding sago to room temperature water will cause them to dissolve. When cooking the sago, keep stirring to prevent them from clumping together.

Iced or warm bubur cha cha
Bubur cha cha can be served either cold or warm. Refrigerate it for at least 3 hours to serve it chilled. It can be kept refrigerated for up to 24 hours. Reheat it if you would like to serve it hot again. Since it contains coconut milk, it should not be kept for too long.

Thank you for the video and recipe!