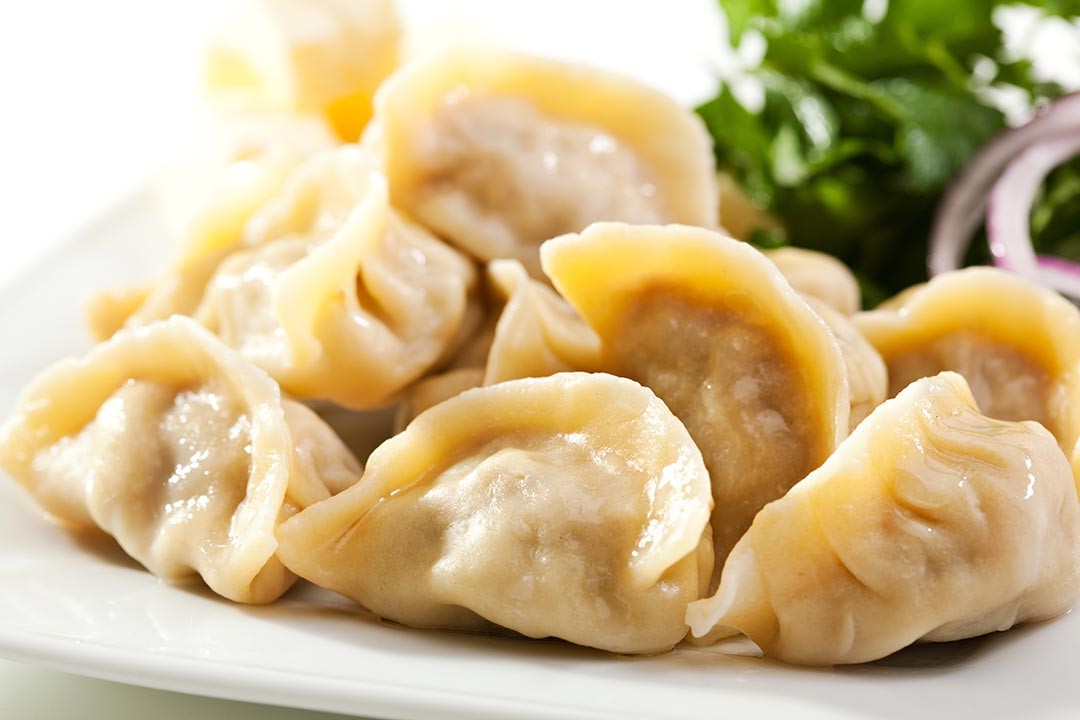 Visit our store! This recipe will make around 16 dumplings depending on size. Each person usually can eat up to 20 dumplings!

Gao Ji or Jiao Zi (Mandrin) or Chinese traditional dumplings made from scratch are the most satisfying. These meat-filled dumplings are very popular in and out of China. Whether boiled or pan-fried, these dumplings using meat (either pork or chicken) are extremely succulent.

Food fans said and believe that the first made – is during the era of the Eastern Han dynasty. This means that it has a history of more than 1,800 years. Shaped like the ancient currency, gold ingots, Jiao Zi is therefore known to be a symbol of prosperity.

An easy Chinese dumplings recipe like this is always passed down to generations. It does give a sense of comfort and togetherness as making dumplings is often a family event. This is the best pork dumpling I’ve ever tasted and this recipe was shared by a Chinese friend. Now, the recipe is here for you to learn how to make Chinese dumplings using the easiest steps. The preparation and cooking tips provided here will be of help to you.

This recipe will help you make 16 dumplings, depending on the size and weight.

Can I make chicken dumplings with this recipe?

Of course! Simply substitute minced pork meat with minced chicken meat. In fact, you can also used minced mutton in this recipe. It is best to use minced meat with at least 30% fats. If you are mincing the meat yourself, use chicken thighs or pork butt/shoulder where there would be some fats in it. The flavors will develop better with some fat.

Tips for the best dumpling wrappers

Depending on your location, the humidity is the air varies. In this recipe, I used 185 ml of water. However, if you are making the dumplings in countries with high humidity levels, use about 180 ml of water. Generally, the amount water used should be between 180 – 185 ml. *NOTE: 1 ml = 1 gram.

Additionally, the dough will need to be kneaded until smooth. Very similar to making bread, the gluten of the dough will develop during the kneading process and this will be useful when wrapping the dumplings to prevent them from tearing or breaking apart.

Why is the dumpling’s side not pleated?

There are many types of wrapping for dumplings. This particular method of wrapping uses both thumbs and a loosely clenched fist to pinch the wrapper closed. This method is more common in Northern China where my friend who shared the recipe is from. Bringing both clenched fists together when sealing the wrapper makes it look as if the ‘fist and palm salute’, a way of Chinese greeting etiquette in showing one’s respect. Hence, making dumplings using this wrapping method is very interesting.

Southern China uses the other method of dumpling wrapping where the wrapper is pleated and pinched to seal in the filling like that of the Japanese gyoza.

Can I substitute Chinese 13 spices mix?

How long do I need to boil the dumplings?

In a pot of boiling water, the dumplings will take only about 1 minute to be fully cooked. The best way to judge is when the dumplings begin to float. Hence, use enough water to boil the dumplings.

Besides boiling, are there other ways to cook the dumplings?

Depending on your preference, authentic Chinese dumplings can either be steamed or pan-fried. Pan-fry dumplings will be featured in our next listings.

How to store the meat dumplings?

Once meat dumplings are wrapped, they can be frozen and stored for up to 6 months for the best flavors. Otherwise, they can be kept refrigerated for 3 days. Before freezing or refrigerating them, place a layer of plastic wrapper on a tray or plate. Sprinkle some flour on the tray or plate before laying the dumplings. This recipe is great for bulk preparation.

How to cook frozen dumplings?

Frozen dumplings will need a longer time to cook. Add frozen dumplings into a pot of boiling water and cook over high heat. Once the water begins boiling again, cover the pot with the lid. Reduce the heat to medium and continue cooking for 3 minutes. This will ensure that the dumplings will be fully cooked on the inside. Remove the lid and increase heat to the maximum to cook them until they float.

Authentic dipping sauces for dumplings are soy sauce and also vinegar with some thinly julienne ginger. Besides that, the Chinese loves eating these dumplings with black bean chili sauce. Out of China, some enjoy the dumplings with some sweet chilly sauce or even chili garlic sauce. Though not that traditional, the combinations are still very delicious.