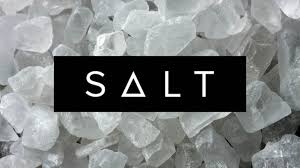 Salt is perhaps most well known as a food preservative and flavoring agent. It has been used to preserve food for many thousands of years and is the most common seasoning. But salt also plays other, lesser-known roles in the food we eat as an essential nutrient, providing flavor and texture, and enhancing color. For these reasons, salt is used in food production, which is why the sodium content of processed foods is so high.

To make your fruits from de-colored, salt water coating would be the best options. For an example, a cut-piece of an apple will turn brown for some time, but coating it with salt water – it preserves!

Salt-curing meat and other foods are the oldest methods of food preservation, and it was heavily used before refrigeration was available. Microbes that can spoil food need moisture to grow; salt acts as a preservative by drawing moisture out of the food. Many disease-causing microbes are also simply unable to grow in the presence of salt.

When salt is mixed with water, it is called brine. Brining is soaking food in heavily salted water, which preserves and flavors food. Pickling, for example, is a form of brine.

Most people do not realize that salt plays a large role in creating texture in food. When making yeast bread, for example, the amount of salt greatly affects the rate of yeast fermentation and gluten formation, both of which will significantly affect the bread’s final texture.

Salt also has a profound effect on the gelatinization of proteins, which occurs in cheese production and many processed types of meat such as sausage, bologna, and ham. In processed meat products, salt helps retain moisture, and so less saturated fat is needed.

When a steak is salted at the right time, it will encourage the meat to release more liquid, resulting in a juicy (and flavorful) steak. Large salt crystals are also often used to add a crunchy texture, as with soft and hard pretzels.

Salt acts in multiple ways to enhance the flavor of food. Not only does it create a “salty” flavor element, one of the most desired tastes by humans, but salt can also affect other flavors, such as sweet and bitter.

In small amounts, the salt will intensify sweetness, so it is sometimes sprinkled on fresh fruit or added to candies like caramel. Salt can also counteract bitter flavors in food—it is often used to “de-bitter” cruciferous vegetables (like broccoli) and olives.

Salt will also help release certain molecules in the food, bringing out some of the ingredients’ flavors and making the food more aromatic.

Pure table salt is comprised of approximately 40 percent sodium and 60 percent chlorine. Although most Americans consume far too much sodium, it is a nutrient that is essential for survival. Sodium is needed to help relax and contract muscles, conduct nerve impulses, and sustain the proper balance of minerals and water in the body. Most table salts in the United States also have iodine added to them to prevent iodine deficiencies, which can cause disorders of the thyroid, including goiters.

Because salt helps form protein gels, it can be used as a binding agent. When salt is added to foods such as sausage or other processed meats, it causes gelatinization of proteins which then hold the product together.

The vibrant color of many processed types of meat, such as ham or hot dogs, is partially due to salt. The presence of salt helps promote and maintain color and prevents it from turning gray or muddy. Salt also increases caramelization in a bread crust, which helps it get that golden color.