Make Your Own Garam Masala 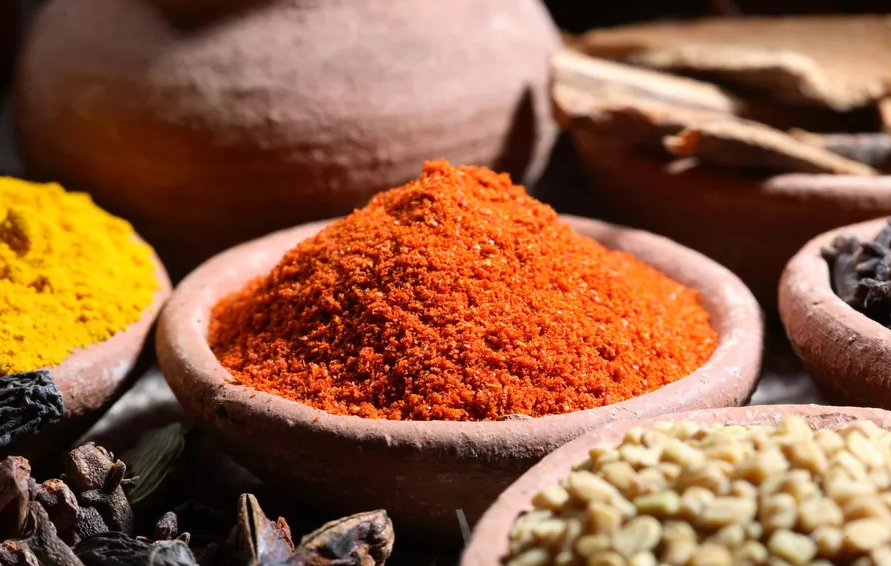 Garam masala is a blend of ground spices used extensively in Indian cuisine. It’s sometimes used on its own, but it can be mixed with other seasonings as well. The spices for garam masala are usually toasted to bring out more flavor and aroma, and then ground. The word masala simply means “spices,” and garam means “hot.” Thus the term garam masala literally translates to “hot spices.” However, garam masala doesn’t necessarily constitute a particularly spicy blend.

In fact, there is no single garam masala recipe. The ingredients differ according to the region as well as each chef’s individual preferences. But for the most part, garam masala will include coriander, cumin, cardamom, cloves, black pepper, cinnamon, and nutmeg.

In northern Indian cuisine, garam masala is typically used in powder form, while in the southern part of the country, garam masala is often formed into a paste with coconut milk, vinegar or water. Note that in general, any given culture is more likely to feature hotter chilies (and more of them) in its cuisine in direct relation to its proximity to the equator. The closer to the equator a population lives, the hotter its food tends to be. This is mainly because chilies thrive in hotter climates, and the increased exposure to hot sunlight develops higher levels of capsaicin, the chemical that causes them to be hot. Due to this, garam masala blends from southern India tend to be hotter than the ones in the north.

As garam masala simply means “spices with varying levels of heat,” you have a lot of leeway when it comes to mixing up your own garam masala, or if you need a substitute when preparing an Indian dish. Try varying your garam masala recipe until you find the spice combination you like best.

Here’s a simple recipe for garam masala. If you make yours this way, starting with whole seeds which you toast and grind yourself, your garam masala will be much more fragrant and flavorful than anything you buy in a jar at the store.

Place everything but the nutmeg in a dry skillet and toast for about ten minutes over medium-high heat, stirring from time to time to keep everything cooking evenly. When the ingredients have darkened slightly and give off a rich, toasty aroma, remove them from the pan and let them cool.

Grind in a spice grinder or coffee grinder, and mix in the freshly grated nutmeg. Store in an airtight container away from heat. Stores up to one month, and good for a dish of 3 – 4 persons.